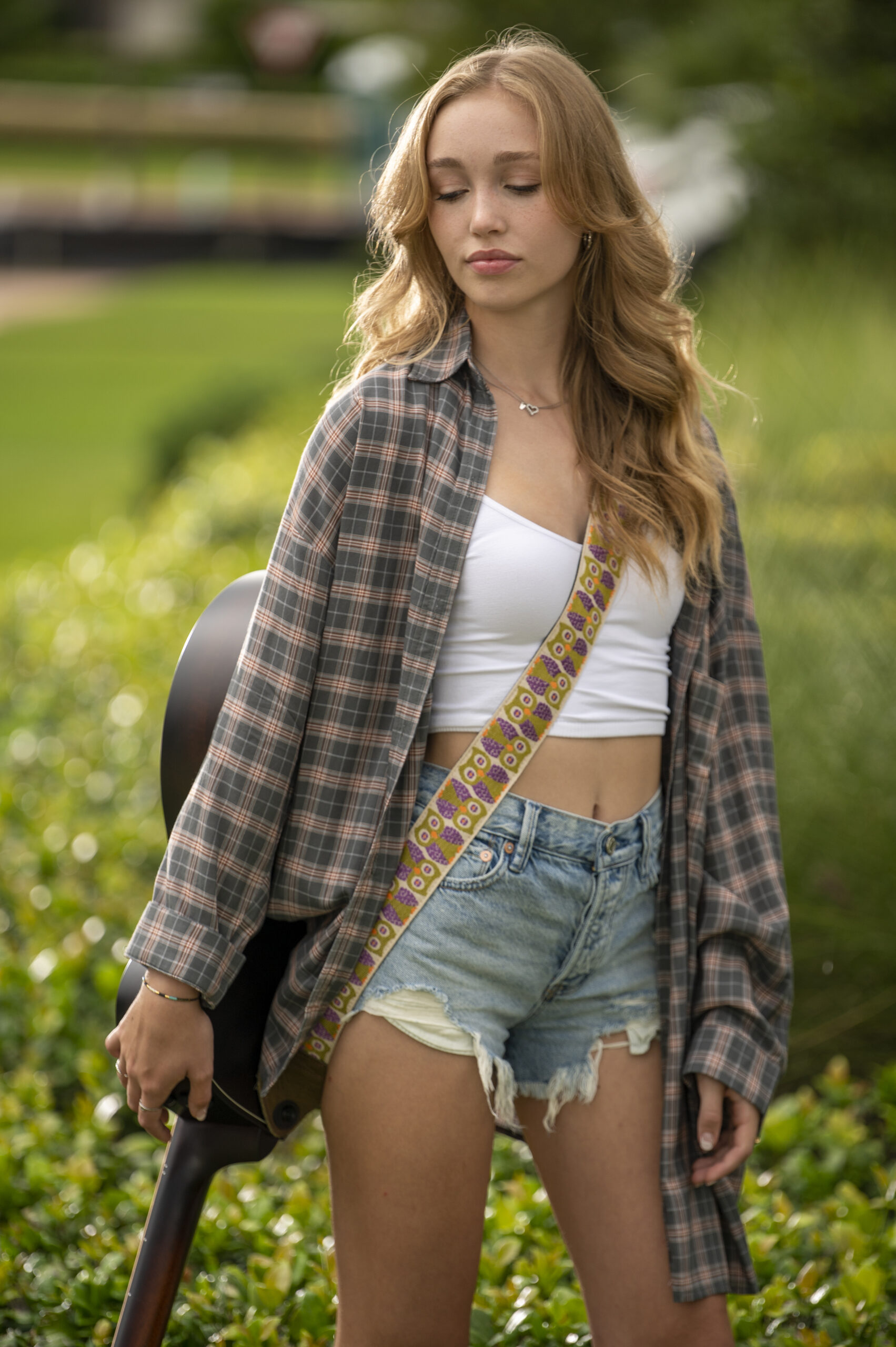 Hey I’m Victoria Rose!
I’m an eighteen year old aspiring country-pop artist, musician and singer
songwriter. I’m originally from Pittsburgh, Pennsylvania, but I now live in
Orlando, Florida with my parents, brother, and my two Golden Doodles,
Loki and Bentley.
I’ve been singing for as long as I can remember and started playing piano
at the age of six, followed by ukulele and guitar shortly thereafter. Most of
my songs are about relationships and what young people go through, and I
find inspiration from my personal experiences, friends, and the world
around me. My greatest influences are story telling queens Dolly Parton,
Carrie Underwood, Taylor Swift, Christine Aguilera and Adele.
During my years in elementary and middle school, I performed in numerous
choirs, musicals, and talent shows. When I was twelve, I performed with a
band at Pittsburgh’s Hard Rock Cafe, and the following year I was given
the chance to perform the National Anthem for the “Monster Truck Jam” at
PPG Paints Arena. The crowd each time was between 13,000 and 16,000.
It felt amazing to be able to sing in front of so many people! Since then, in
addition to participating in some online music festivals, I’ve had the
opportunity to perform a show in Nashville as well as events and shows
around Central Florida. I now perform regularly at Ole Red in Orlando,
Florida.
I have recently released my new single, “Just Go”! I have been writing and
recording new songs for the past year, and I am so excited for you guys to
hear them. Since graduating from high school, I have put all of my focus
into my music career. I travel back and forth from Orlando to Chicago
working with my wonderful team on so much new music.
While music is my number one passion and priority, I also make sure to find
time for my family and friends. In my free time, I love going to Disney
World, reading, playing with my puppies, and attempting to learn golf.
Thanks for reading all about me, and I’m looking forward to getting to know
you too!

We use cookies on our website to give you the most relevant experience by remembering your preferences and repeat visits. By clicking “Accept All”, you consent to the use of ALL the cookies. However, you may visit "Cookie Settings" to provide a controlled consent.
Cookie SettingsAccept All
Manage consent

This website uses cookies to improve your experience while you navigate through the website. Out of these, the cookies that are categorized as necessary are stored on your browser as they are essential for the working of basic functionalities of the website. We also use third-party cookies that help us analyze and understand how you use this website. These cookies will be stored in your browser only with your consent. You also have the option to opt-out of these cookies. But opting out of some of these cookies may affect your browsing experience.
Necessary Always Enabled
Necessary cookies are absolutely essential for the website to function properly. These cookies ensure basic functionalities and security features of the website, anonymously.
Functional
Functional cookies help to perform certain functionalities like sharing the content of the website on social media platforms, collect feedbacks, and other third-party features.
Performance
Performance cookies are used to understand and analyze the key performance indexes of the website which helps in delivering a better user experience for the visitors.
Analytics
Analytical cookies are used to understand how visitors interact with the website. These cookies help provide information on metrics the number of visitors, bounce rate, traffic source, etc.
Advertisement
Advertisement cookies are used to provide visitors with relevant ads and marketing campaigns. These cookies track visitors across websites and collect information to provide customized ads.
Others
Other uncategorized cookies are those that are being analyzed and have not been classified into a category as yet.
SAVE & ACCEPT